Types of facades for buildings

The word facade originally comes from the Italian word “facciata”, and is defined as the outside or all of the external faces of a building. The term is frequently used to refer just to the main or front face of a house.

Below, we explain the different types of facades or exterior walls currently used in architecture, as well as the characteristics of each of them.

This is a type of facade that adheres to the resistant structure of the building, but does not form part of it. Since it does not contribute to the stability of the building, the lightweight facade needs to be designed to support the loads that place stress on its components.

There are two types of construction for lightweight facades: curtain wall and panel facade. With a curtain wall, the facade passes continuously around the framework of the structure, whereas with a paneled facade the framework interrupts the facade.

Some particular advantages of the lightweight facade system are the ease of installation and the amount of light they let into the building.

Compared with other types of facade, lightweight facades provide less heat and sound insulation, and they have higher maintenance costs in the medium and long term.

This type of facade is mainly installed in medium and high-rise office buildings. 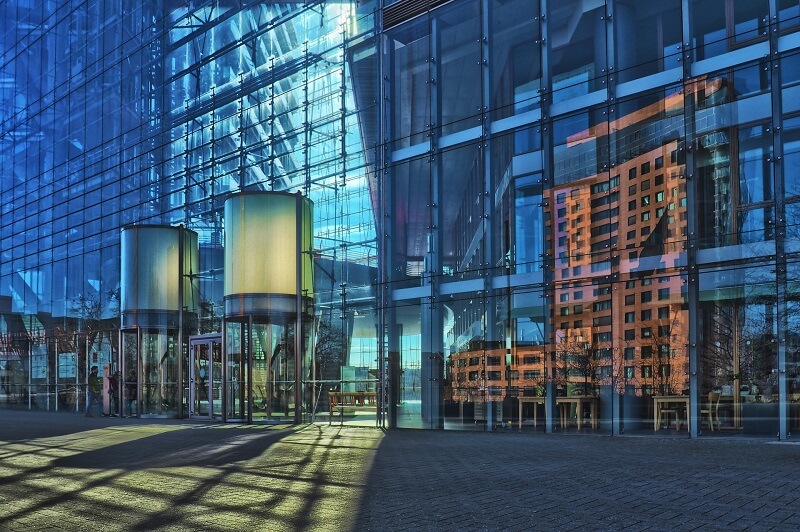 As its name indicates, this type of facade tends to be made up of construction materials of considerable weight. For a facade to be considered heavyweight, the average weight, including the solid and hollow elements, must be above 100kg per square meter.

Within this category we find different types of facades which, depending on the thermal insulation needs, may be load-bearing or self-supporting and may or may not have an air chamber.

This type of facade is formed mainly of prefabricated modules that are joined together or assembled on-site. The components of these facades are manufactured industrially in highly mechanized plants, and they often use wood and concrete panels.

The main advantages of this type of facade are the speed and ease of installation, as well as a lower cost compared to other systems. In terms of the disadvantages, the design options are more limited and there is a minimum volume of work required in order to make it viable. 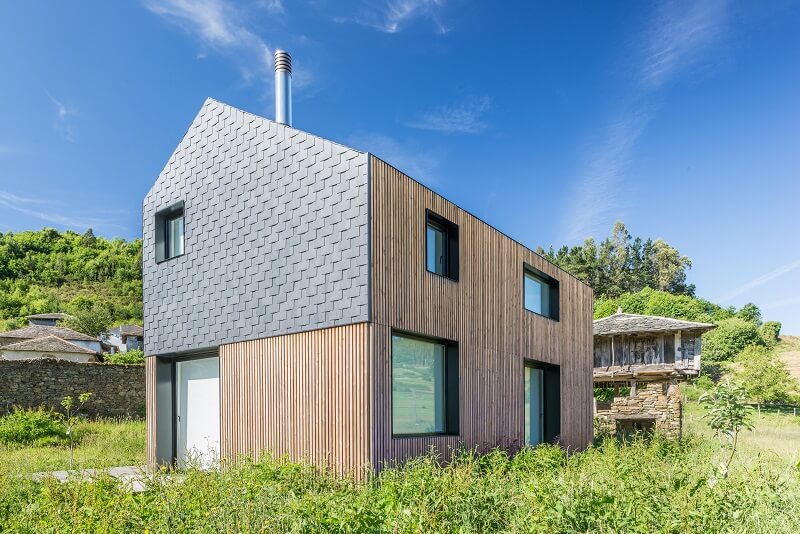 On the other hand, since classic facades do not have an air chamber or insulation, they provide less heat and sound insulation, which means fewer energy savings. 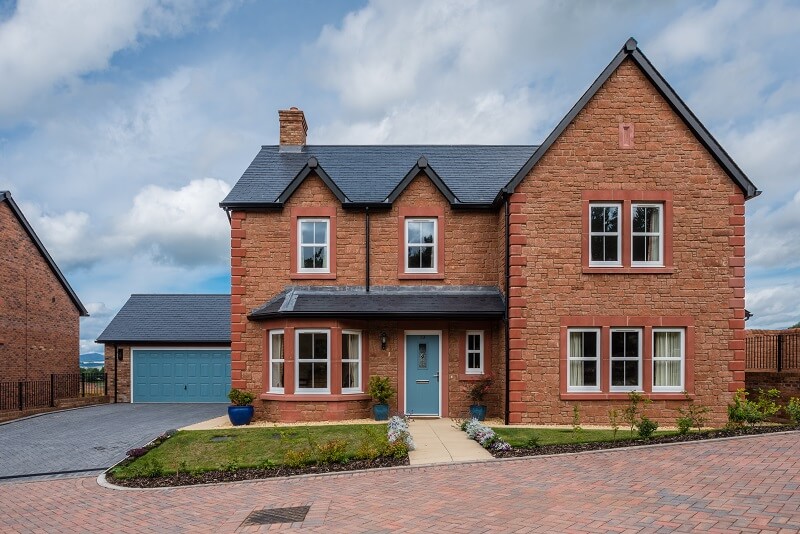 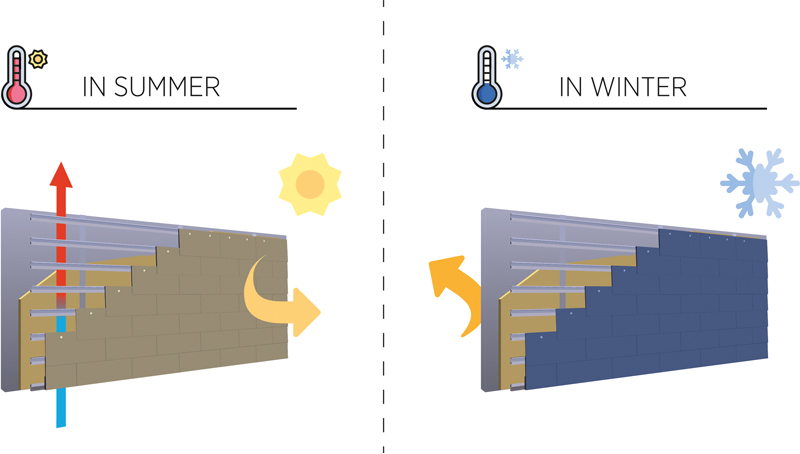 The “chimney effect” which occurs inside the air cavity means that hot air rises and exits through the top of the facade. In the summer months, this phenomenon of natural convection means that the air is renewed, which prevents overheating. On the other hand, in winter, the air does not warm up as much and remains inside the house. The heat does not escape, which contributes to energy savings from heating.

These are just some of the reasons why the ventilated rainscreen cladding is the most efficient external facade system currently available. 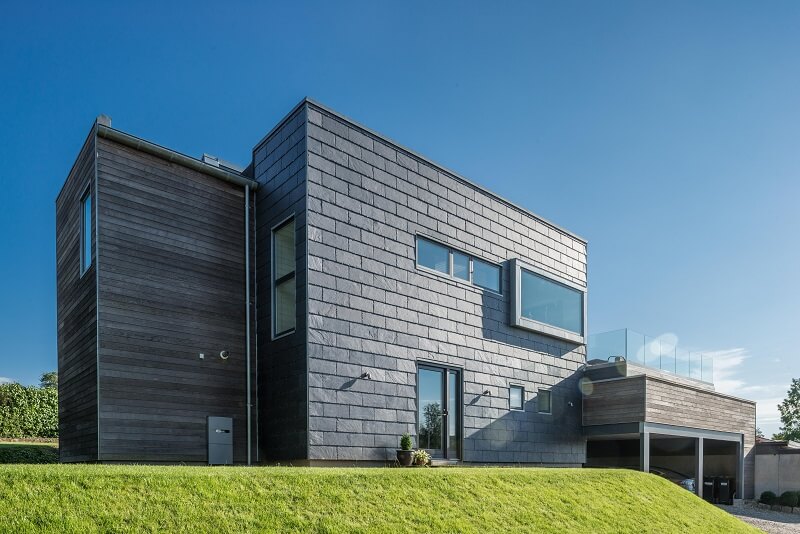 Would you like to enjoy all of these benefits, as well as having a facade with a modern and elegant design? Discover our innovative slate rainscreen cladding system CUPACLAD. 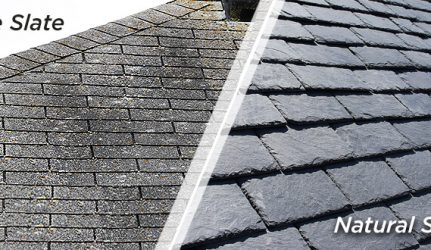 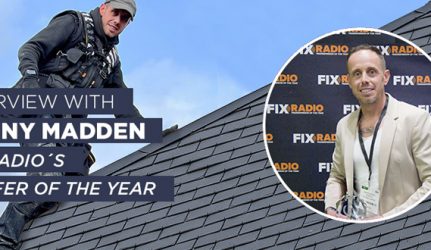 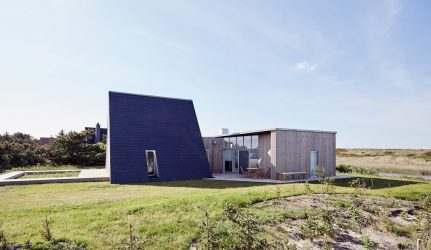 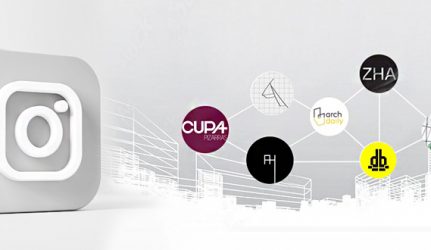 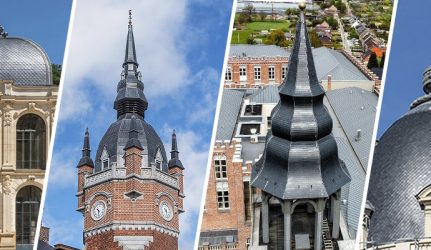