The useful life of natural slate can exceed 100 years, but what about its appearance? According to laboratory tests, it is as if time stands still for natural slate: its color and shine remain unchanged even under the most adverse climatic conditions, which its roofing alternatives such as ceramic and concrete cannot match.

The Romans were already using natural slate to roof their homes, and remains have been found confirming that this material has barely undergone any changes since then. To avoid the need to wait too long to see how slate extracted today ages, laboratory tests recreate ageing by means of freeze-thaw cycles. 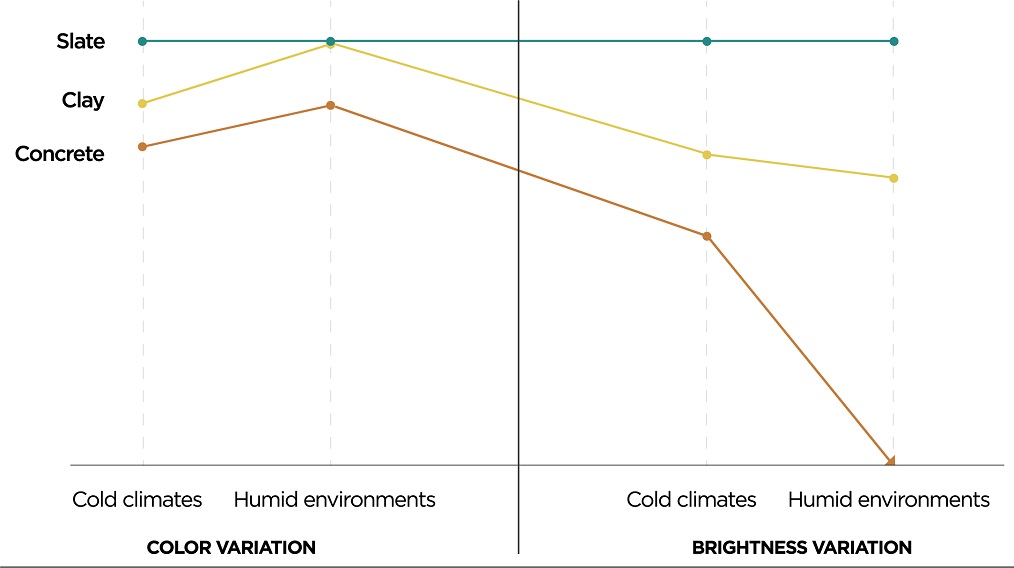 What happens to the color of slate? Well, it remains unaltered. In the tests we have carried out over 600 cycles (more than 10 times what the standard indicates), the behaviour of slate is excellent; technically “the observer notes no difference”. On the other hand, in concrete it discolors 2.61 times more and ceramics 2.13.

There is another factor that affects building materials as well as the passage of time: aggressive environments, such as marine. To check its performance, we have recreated coastal conditions in a salt spray chamber, and the color of natural slate still remains unchanged. 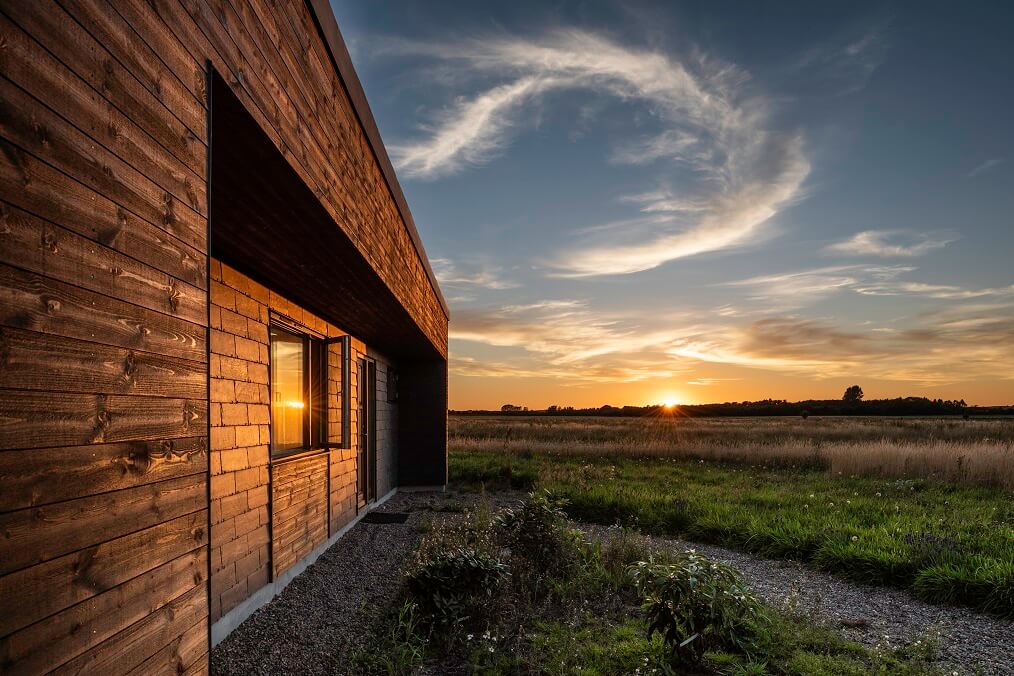 Contrary to what is sometimes thought, natural slate is not just black, rather it is a material that lets you create chromatic effects according to the light, the observer’s viewpoint or the height of the building. Its dark tones give it a sophistication and elegance that artificial alternatives cannot imitate.

This distinctive dark color means buildings with natural slate blend into the landscape better. Black goes unnoticed in nature. If you think about mountains, forests or even villages, it is white that breaks the harmony.

But what about that inimitable natural characteristic shine of slate? That too is preserved over time. To confirm this, we repeated the previous tests, but evaluating the change in shine, and the result was an even greater advantage for slate over ceramics and concrete. 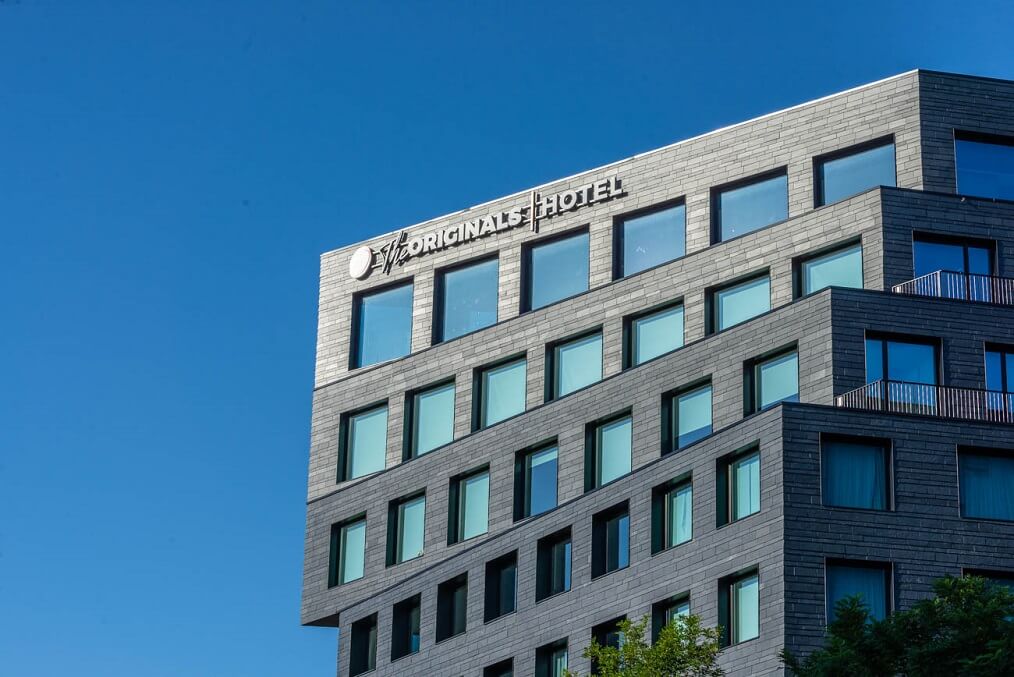 Slate is an elegant, natural, versatile product. Do you want to prove it yourself? Register as a professional and order a free sample.