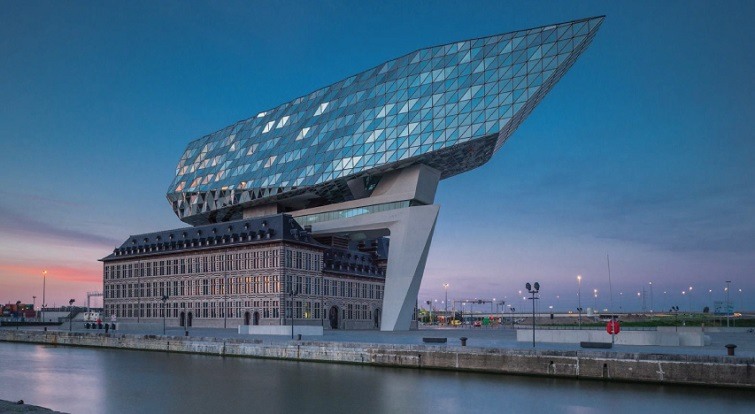 The city of Antwerp (Belgium) can now boast about having such an emblematic building by architect Zaha Hadid! The spectacular “Havenhuis” dominates the port and reinforces the dynamic image of the city. 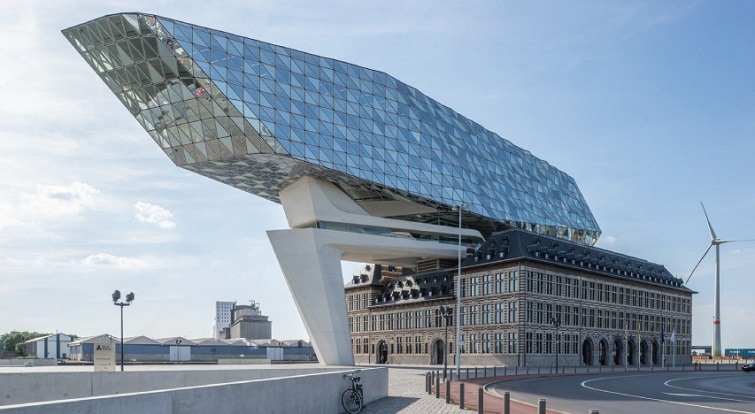 The original building was a heritage listed fire station, but it really needed a refurbishment… That is the reason why the Flemish government’s department of architecture, together with the City and Port authorities organized an architectural competition for the new headquarters. There was only one rule laid down in the competition, namely that the original building had to be preserved.

The great Anglo-Iraqi architect Zaha Hadid designed a project conserving the whole building but laying down a radically contemporary structure.

The architectural style of the original building recalls the 16th century, Antwerp’s golden century. During renovation, this beautiful building has been restored to its former glory.

Its roof has been replaced with CUPA 4 slate, quarried from Armadilla quarry (in Spain) which highlights the beauty and elegance of any roof.

The new 4 leveled structure is 105 m long and weighs 1500 tons. From the distance, it looks like a large glass boat carried by two immense pillars of white concrete. Zaha Hadid designed it as a symbolic link between the two parts of the port, the integration of a modern design with the history of Antwerp as a pioneer of world trade. 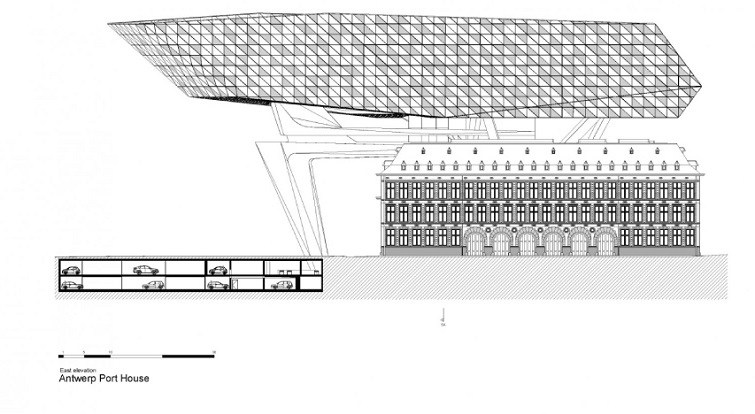 The extension is elevated above its roof, ensuring none of the original facades are concealed. During renovation work, everything was done to preserve this magnificent heritage building, in order to achieve an architectural metaphor: a port rich in history ready for the future. 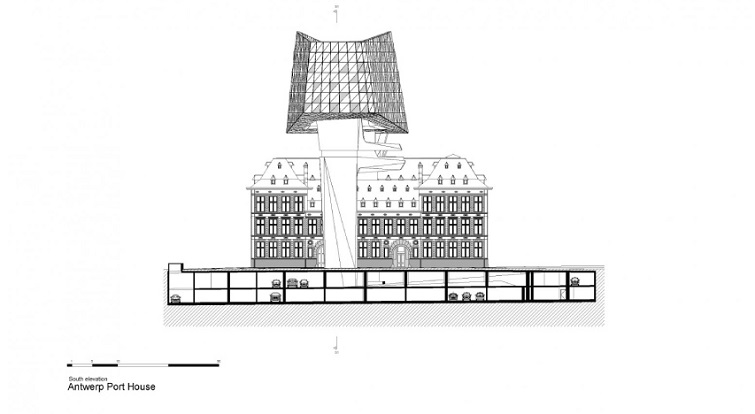 With its modern superstructure, it is one of the most ambitious designs proposed by British-Iraqi Zaha Hadid. 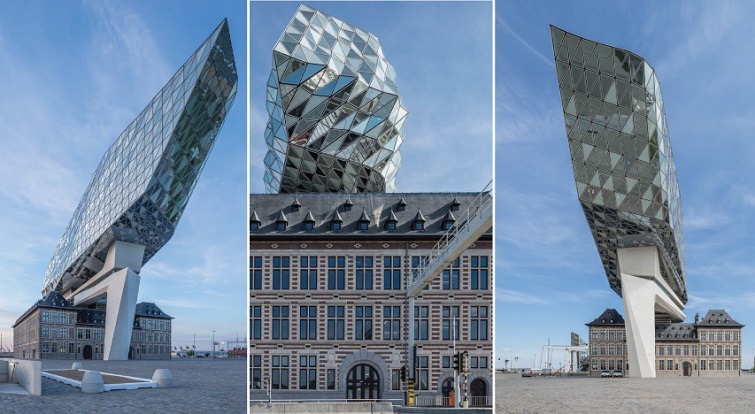 The expansion has a glass-covered facade that reflects the complex interaction of shades and colors in the air. This is a reference to the exceptional location of the building surrounded by water. It integrates modern design with the city’s history as a pioneer global trading hub and diamond center. 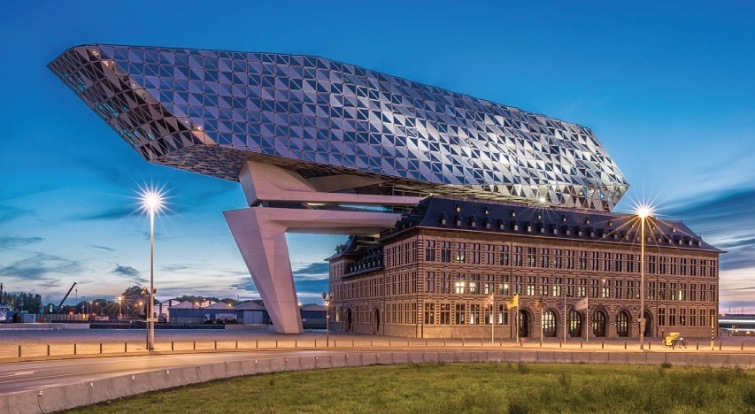 The Port House symbolizes the dynamic and innovative nature of the Port of Antwerp. After her death in 2016, the city council amended its street plan to rename it Zaha Hadidplein or Zaha Hadid Square.

Here at CUPA PIZARRAS, we are proud to add our grain of sand to this magnificent architectural project, a true icon of architecture not only Belgian, but also international.

Do not miss the timelapse video of this incredible refurbishment.

Take a look at these other international projects !