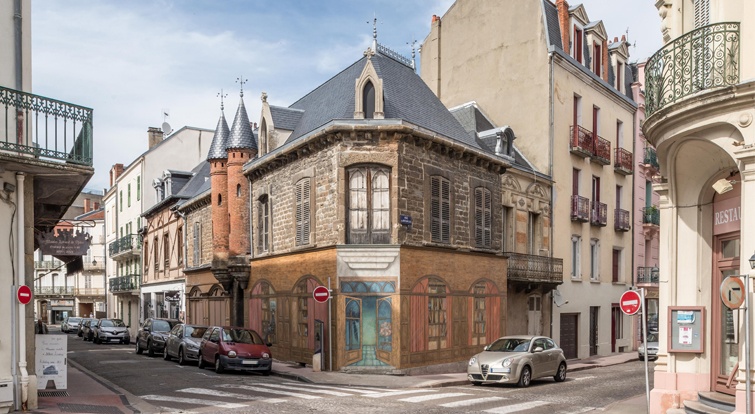 Albert Londres was not just any journalist, he was one of the founders of investigative journalism. An inveterate traveler and intrepid reporter, this man fought with all his might to uncover and denounce the injustices of his time. His tragic death occurred in 1932, during the fire and sinking of the ship George Philippar, in the vicinity of Somalia.

Today he is considered the father of the great investigative report. Such is his importance, that his birth house has been recently restored with the aim of repurposing it as a learning centre for young journalists. 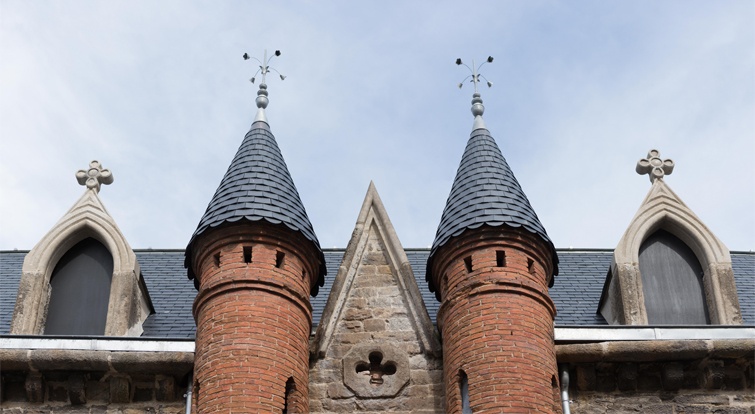 His professional legacy is so relevant that the oldest journalism prize in Europe bears his name: Le Prix Albert Londres, considered as the French Pulitzer equivalent. This award, which celebrates its 85th anniversary in 2018 is focused on young journalists under 40 years old.

Albert Londres was born in the centre of Vichy, a city located in the heart of France, in 1884. Its place of birth was a mansard-style house built in the 1830s. The house, of neo-Gothic character, stands out by its originality, with two imposing brick towers adorning the main entrance.

The roof of this 380m2, 3 storey building was recently renovated with our CUPA R7 Excellence natural slate.

Extracted from the Arcas Prada quarry Leon, northern Spain, this natural slate stands out for its black colour and smooth texture, qualities that provide a refined finish to any building.

The ground floor was almost entirely painted with bright colours representing rooms and scenes from the daily life of the journalist, such as his library. The first floor attracts attention due to its large windows while the third floor stands out for its thin dormer windows.

I reinforced the frames in spruce wood, the roof is a curved surface which required the slates to be cut in a trapezoid shape.

RIAUX was the architecture studio responsible of this project. The architect Pierre-Michel Riaux oversaw the restoration, which was based on an old photograph showing both brick towers and a natural slate roof. The towers, 2 m high and 1.25 m in diameter are covered with two layers of slate and topped by two traditional weather vanes. Riaux adds:

The vanes are made of 18 custom pieces of zinc welded together one by one. 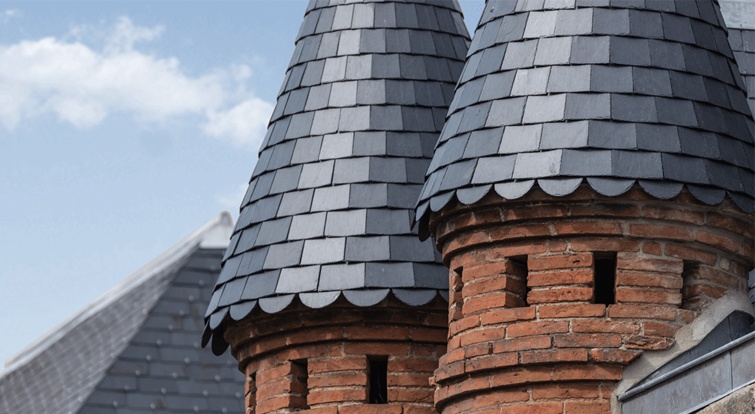 Marie de Colombel, president of the Maison Albert London association, was very satisfied with this slate roof, the result of four months of work.

The second phase, scheduled for the fall of 2017, consisted of cleaning the facade, changing windows and reconstituting the identical balcony.

We want to make this landmark a place of work and training for young journalists, while also keeping it open to the general public.