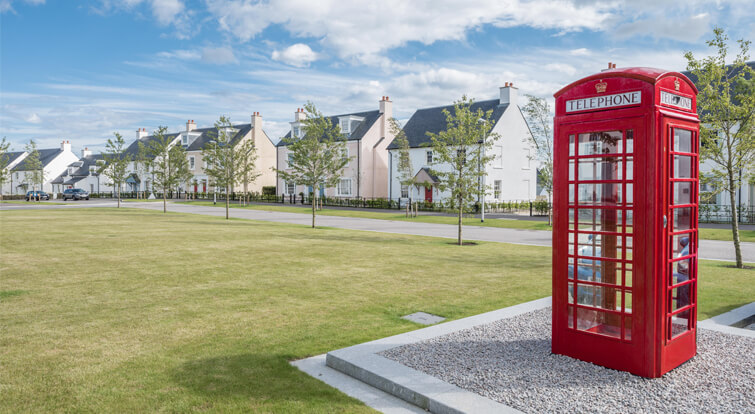 Inspired by the aesthetics of the historic towns of northeast Scotland and the performance of traditional Scottish slate roofing, CUPA PIZARRAS’ Heavy 3 slate has been specified and installed by three housebuilders for the roofing at Chapelton – a new £1 billion town being built from scratch near Aberdeen. 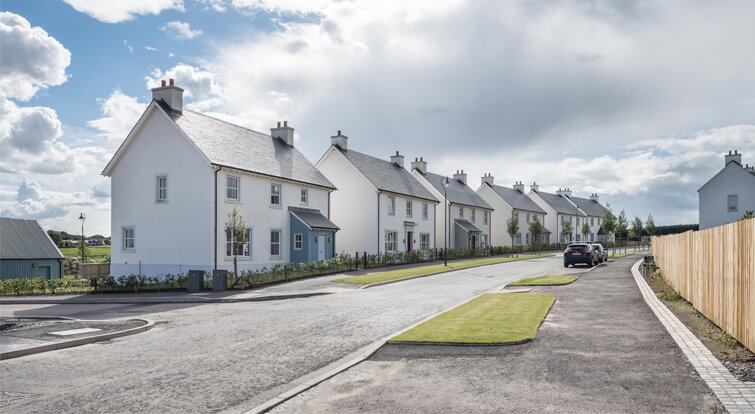 The development is a mix of two, three, four and five-bedroom houses as well as two-bedroom flats designed in a Georgian architectural style, which is consistent across the community.

The houses are built with timber kit and blockwork construction, featuring a light, off-white render finish and timber windows; all have CUPA PIZARRAS’ Heavy 3 slate installed to the roof.

The project is being led by landowner Elsick Development Company (EDC) who, in conjunction with leading urban planners, architects and engineers, developed a stringent design code for the site. This stipulated the use of suitable Scottish-style slate and Heavy 3 fits the bill perfectly as it ensures a high quality specification and offers longevity – we use it a lot as it’s such a reliable product. 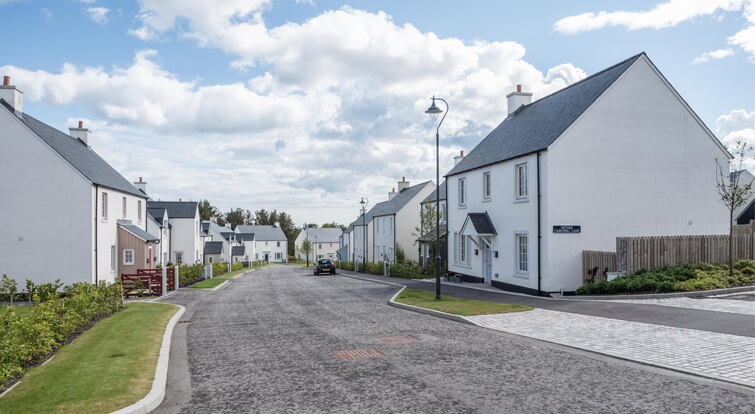 We are long time advocates of Heavy 3. For this project, it was selected for its heavier weight. Each roof sub structure is timber sarked with a felt layer and the Heavy 3 slate double nailed and finished with zinc ridging and flashing.

For some of the homes constructed by contractor A & J Stephen (Builders) Ltd, a sustainable element has been incorporated to the roof design as Commercial Manager John McCormack explains:

One of the project’s aims was to enhance sustainability and to generate improved energy efficiency for homeowners, part of which has been achieved with the integration of solar PV within the Heavy 3 slate roof. 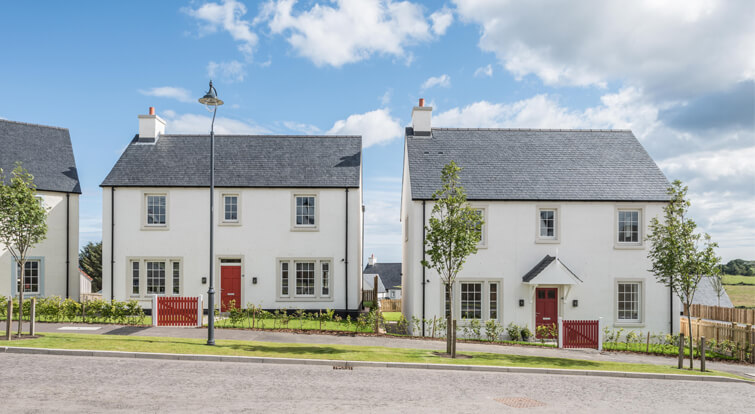